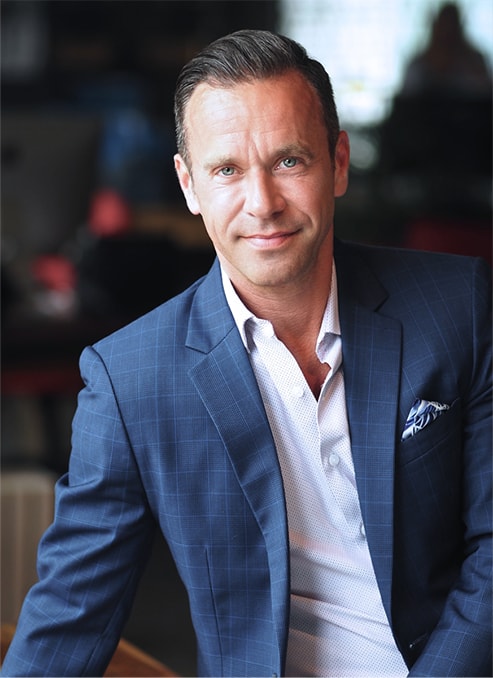 ABOUT ME — A born entrepreneur, Daniel Berger has under his belt impressive professional and personal accomplishments. In the 1980s, he became a national-level athlete in figure skating and evolved in this sport for ten years, while acquiring real estate properties since 1989. His love of skating and determination also led him to become a professional skating coach at the international level for 18 years and he is now an official at the Canadian level.

While achieving excellence in figure skating, Daniel became interested in the financial services business by becoming a consultant from 2004 to 2011 and even founded his own firm in 2006, La Centrale, financial services, which enabled him to join several times the Elite Club of La Capitale, consulting services.

During this time, he also created the Internet Web site Living Montreal, which allowed him to advertise units for rent completely furnished. He then became immediately on of the top broker at McGill Real estate from 2011 to 2013 and later, the number 1 broker in the province of Quebec at KW Urbain in 2014, and then became CEO of the company from 2014 to 2016.

In 2013, he even climbed Mount Kilimanjaro to raise funds for the Montreal Children's Hospital Foundation.

Finally, in 2016, he became the first international Canadian trainer accredited by the Keller Williams' BOLD program. In spite of all his successes, Daniel Berger has still several future projects in mind and aspires to surpass himself even more. He currently resides in Montreal.

ABOUT US - The success of Équipe Daniel Berger Immobilier rests on dynamic partnerships with valuable contributors from a variety of fields, including real estate, administration and finance.

Every expert on this multidisciplinary team shares important values and qualities:

As seasoned, efficient professionals, their primary goal is to ensure you will always enjoy hassle-free transactions and will be protected, as a valued consumer, throughout the sale, purchase or rental process.

They all have rigorous professional training and continue to upgrade their knowledge and abilities to provide you with a high-end personalized service, always listening to you and accompanying you from start to finish.

As facilitators who are committed to satisfying you, they will meet your transactional expectations in an atmosphere of respect and mutual trust and will also help you achieve your greatest real estate goals. Their effectiveness will absolutely blow you away!

Thanks to their exceptional skills, they will quickly become your number 1 allies in all your real estate needs. They are there for you, accountable experts at your side, whose raison d'être is to make certain you get the most out of the real estate business.